Top of the Cliff 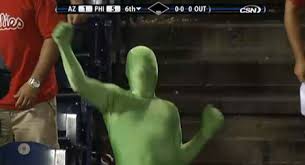 'Always Sunny' has made Green Man into a regular at Phillies games.

‘It’s Always Sunny in Philadelphia’s Charlie is definitely seeing green after his Phillies’ 2010 offseason; they have assembled what might be a rotation for the ages. Already having Cole Hamels, they added Roy Halladay last winter. Then, Roy Oswalt came over in the summer and now Cliff Lee is Philadelphia-bound this winter.

The reigning NL East champions have a right to be excited. These pitchers all had stellar 2010 seasons. ERA+ is a stat that measures a pitcher’s ERA compared to league average and adjusts based on the ballparks he pitched in. An ERA+ of 100 is exactly league average, 105 is 5% better than 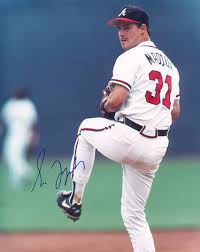